A Recap of the 2020 Election Results

There will be many new lawmakers doing the people's work in State Capitol in 2021. 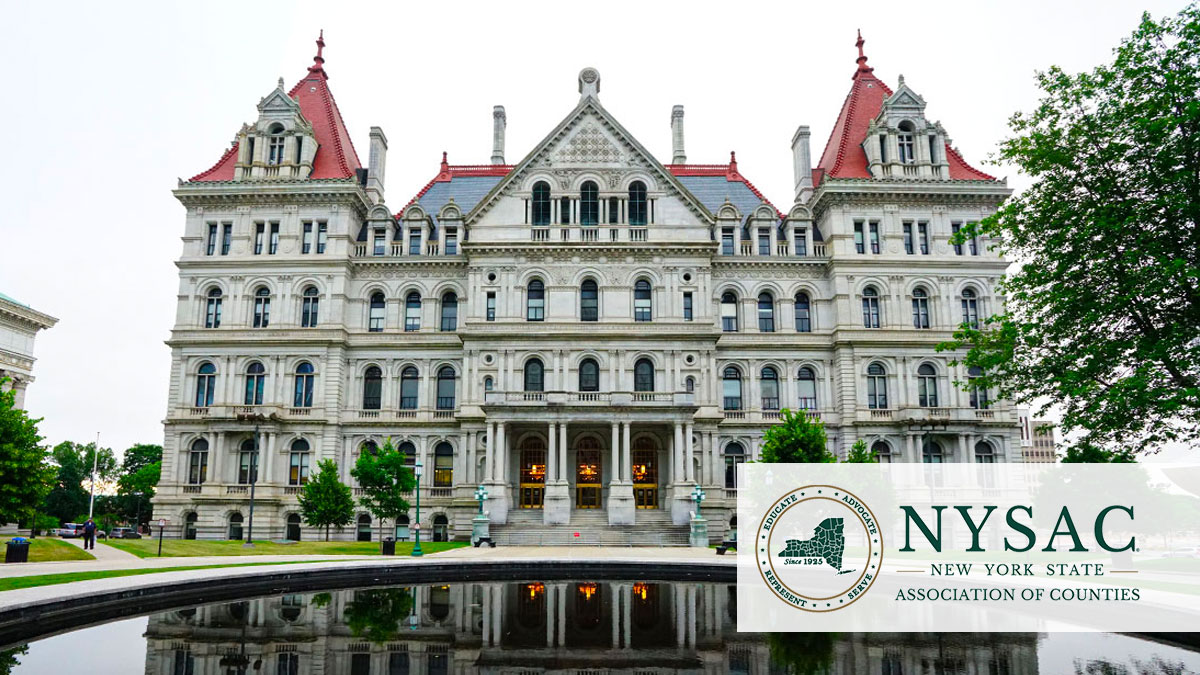 Despite the continued counting in some state legislative races, one thing is certain: there will be many new lawmakers doing the people's work in State Capitol in 2021. More than half (55%) of the State Senate is comprised of new members in the past two elections (2018 and 2020). While in the State Assembly, 30 newly elected representatives will take their seats in that chamber in early January.

The State Senate
In the Senate, there will be fourteen new members representing 23% of the chamber's 63 members. The chamber contains many relatively new members beyond this year's freshman class. In fact, 55% of the members of the Senate were first elected less than four years ago. This is remarkable and provides NYSAC and counties with an opportunity to continue to educate and engage with new faces in Albany.

Additionally, for the first time since the mid-1800s, Senate Democrats have captured a supermajority (at least 42 of the 62 seats). This means that the Majority in the Senate has the votes to partner with the Assembly's super majority of Democrats to override the Governor's veto without Republican support.

On Long Island, Republicans flipped the 3rd district with the victory of Alexis Weik over Monica Martinez. Republicans also secured the 42nd district in the lower Hudson Valley defeating incumbent Jen Metzger. However, Democrats were victorious in flipping the 46th, 55th, 56th and 60th districts. The victory of Democrats in three Western New York districts will result in a stronger presence and influence in the Senate for this region of the state.

The 50th district in Central New York, which is currently vacant, remains undecided as a COVID-19 outbreak at the Onondaga County Board of Elections has stalled the absentee ballot counting efforts.

The State Assembly
The power in the Assembly remains in control with Speaker Carl Heastie, a Democrat from New York City. In fact, it appears that not only will the Democrats continue to enjoy the majority they have maintained since the 1970s, but are likely to maintain a 107 to 43 supermajority in this chamber as the outcome of the three uncalled races are likely to favor the Democrat.

While the Assembly will also be welcoming a large freshman class of 30 (representing 20% of the chamber), there were not many districts that flipped from one party to another, with the exception of Ellen Jaffee, a former Rockland County Legislator who has been replaced by Michael Lawler. Meanwhile, Democrats were successful in flipping the 135th district in Monroe County with the victory of Jen Lunsford over Mark Johns.

This year, we welcome four new members of our county family to the Legislature – Matt Simpson (R- Warren County), Anna Kelles (D- Tompkins County), Gina Sillitti (D- Nassau County), and Jonathan Rivera (D- Erie County). Matt, Anna, Gina, and Jonathan will be joining the Assembly, and the NYSAC family looks forward to working with each of them to advance county legislative priorities.

Until this election, Democrats held 21 Congressional seats and Republicans held six seats. In 2021, Republicans will control seven or eight seats. Republicans captured the 11th congressional district on Staten Island with the victory of Nicole Malliotakis (R) over Max Rose (D). Republicans may also capture the 22nd district in the Mohawk Valley/Southern Tier if Claudia Tenney (R) retains her lead over Brindisi (D).

NYSAC welcomes all our new elected officials and we thank you for your service to the people of this great State of New York. Our association looks forward to working with you to help make our communities, counties and regions of the state great places to live, work and raise a family.