Total taxable sales were down about $8.6 billion in the June through August period. 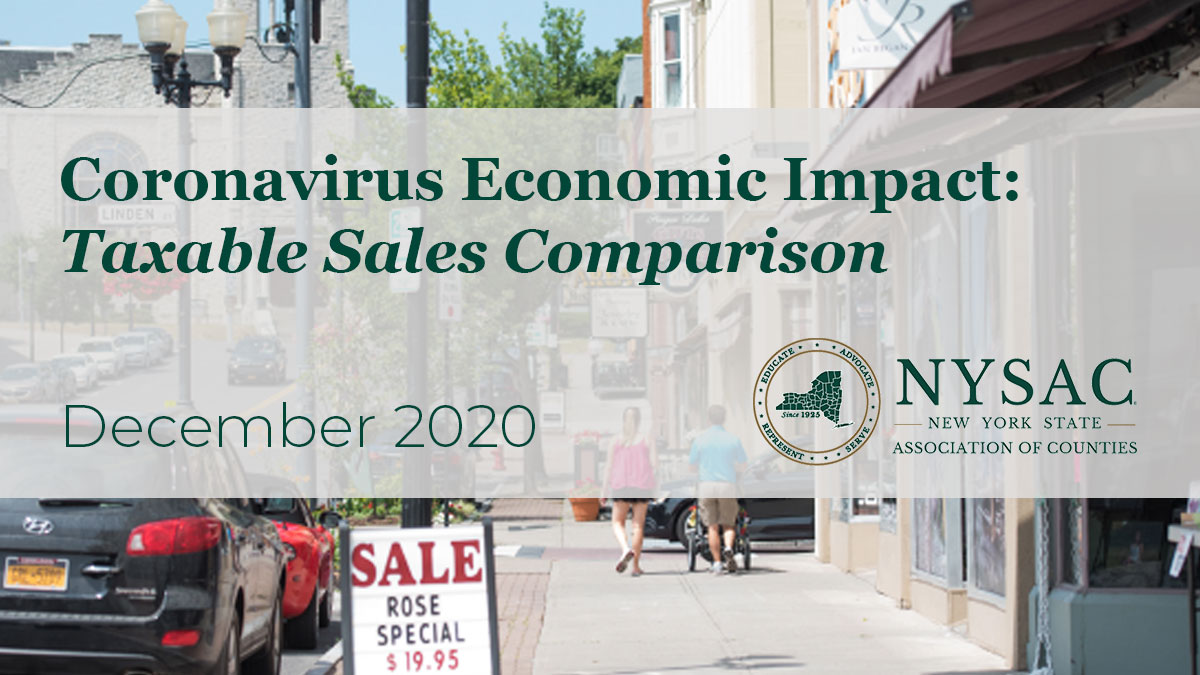 Download an abridged version of the report here, or the full version here.

The New York State Association of Counties has released the 5th edition of their Coronavirus Economic Impact report series. The report, which evaluated taxable sales activity from March through August, finds that while some areas of the state are seeing improvement in taxable sales activity, these results varied greatly depending on factors such as the severity of virus spread, the length of the economic PAUSE, and the mix retail and services in the community.

“Despite some improvement over the summer when the spread of the virus was low, the vast majority of local governments around the state are still seeing sales tax revenues fall far short of what they budgeted for their current fiscal year,” said Jack Marren, NYSAC President and Ontario County Chairman. “As counties are once again on the front lines of the battle against a second wave of the virus, it is absolutely vital that leaders in Washington reach an agreement that provides the direct aid that local governments need to stop the spread and assist with the distribution of a vaccine.”

“While certain areas of the state are seeing gradual improvements, we still expect that more than half of all counties and New York City will be far in the hole in sales tax receipts for their current fiscal year,” said NYSAC Executive Director Stephen J. Acquario. “Add to that the projected losses in hotel occupancy taxes, gaming revenues and the state reimbursement cuts of up to 20 percent and you've got a situation in which without direct federal aid from Washington, counties could be looking at additional cuts to services and staff right as the pandemic is picking up speed again.”

The report notes that since COVID restrictions began, taxable sales activity in several retail sectors have been sharply curtailed.  During this period, taxable sales in the Traveler Accommodation (hotels and lodging) sector were down $5.4 billion statewide, about 80 percent from March through August.  The Restaurants and Other Eating Places sector was also down sharply during this same six-month stretch, down $10.3 billion in taxable sales, over 48 percent.