“We see this as an opportunity to put some of the ill-gotten gain of opioid distributors to use in fighting the drug epidemic." 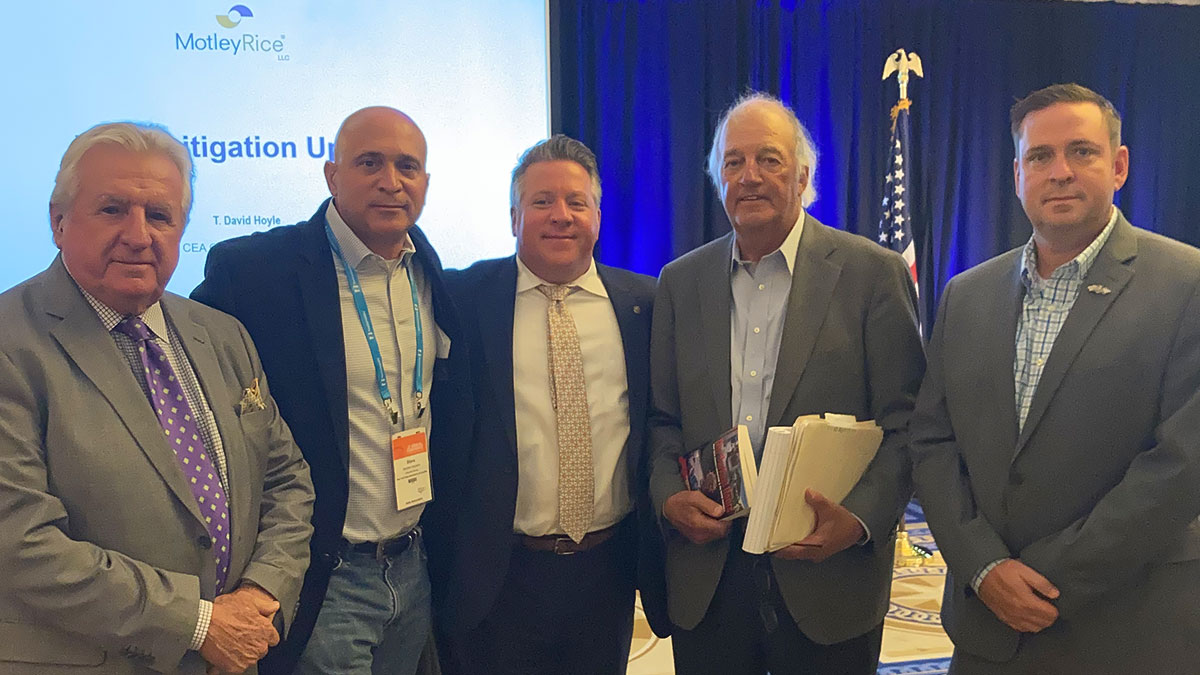 From Left: Michael Griffin of County Executives of America, Stephen Acquario,  Albany County Executive Daniel P. McCoy, Attorney Joe Rice, Orange County Executive Steven M. Neuhaus at Opioid Summit meeting during the National Association of Counties (NACo) Annual Conference.
Starting in late 2016, counties across New York commenced litigation against various opioid drug distributors. In 2019, the State of New York likewise filed suit.
Earlier this week, the State announced a $1.25 billion settlement with three large opioid distributors, McKesson Corporation, Cardinal Health Inc., and Amerisource Bergen Drug Corporation — as well as one of the nation's largest drug manufacturers — Johnson & Johnson. Litigation will remain against numerous other opioid distributors.
Over the coming weeks, counties will make final decisions to opt into the settlement. Those municipalities that join in the settlement will be able to receive funding for both unrestricted use and uses specific to fighting opioid abuse.
Orange County Executive Steven M. Neuhaus and Albany County Executive Daniel P. McCoy recently met, along with New York State County Executives' Association Director Stephen J. Acquario, with national counsel for the opioid litigation team to discuss the pending settlement.
“We see this as an opportunity to put some of the ill-gotten gain of opioid distributors to use in fighting the drug epidemic and providing assistance to taxpayers,” County Executives McCoy and Neuhaus said.
“No amount of money can bring back the lives lost to the opioid epidemic, but it can prevent future suffering and help individuals still struggling with addiction by investing in prevention, education and treatment,” said Mr. Acquario. “I commend the counties who took the lead in bringing forth these lawsuits for seeking justice and compensation for the devastation wrought on our communities.”
“Counties took the lead in the opioid litigation, and we appreciate the State's joining in and helping us conclude that effort. We look forward to the remaining opioid distributors being held accountable,” concluded County Executives McCoy and Neuhaus.
###