This week the U.S. Bureau of Economic Analysis (BEA) released county real GDP data for the entire country for 2020. New York State was the epicenter of the pandemic for the first half of 2020 and the impact of economic restrictions to slow the spread of the virus is evident in the economic data. The nation experienced a decline of 3.4 percent in real GDP for 2020. New York State's GDP impact for 2020 was -5.0 percent, the 8th highest in the nation. The median decline in real GDP for states was 3.0 percent, with a range of +.1 percent (only two states were positive) to -10.8 percent.

The NYS County Impact Below is a map that highlights the changes by county. 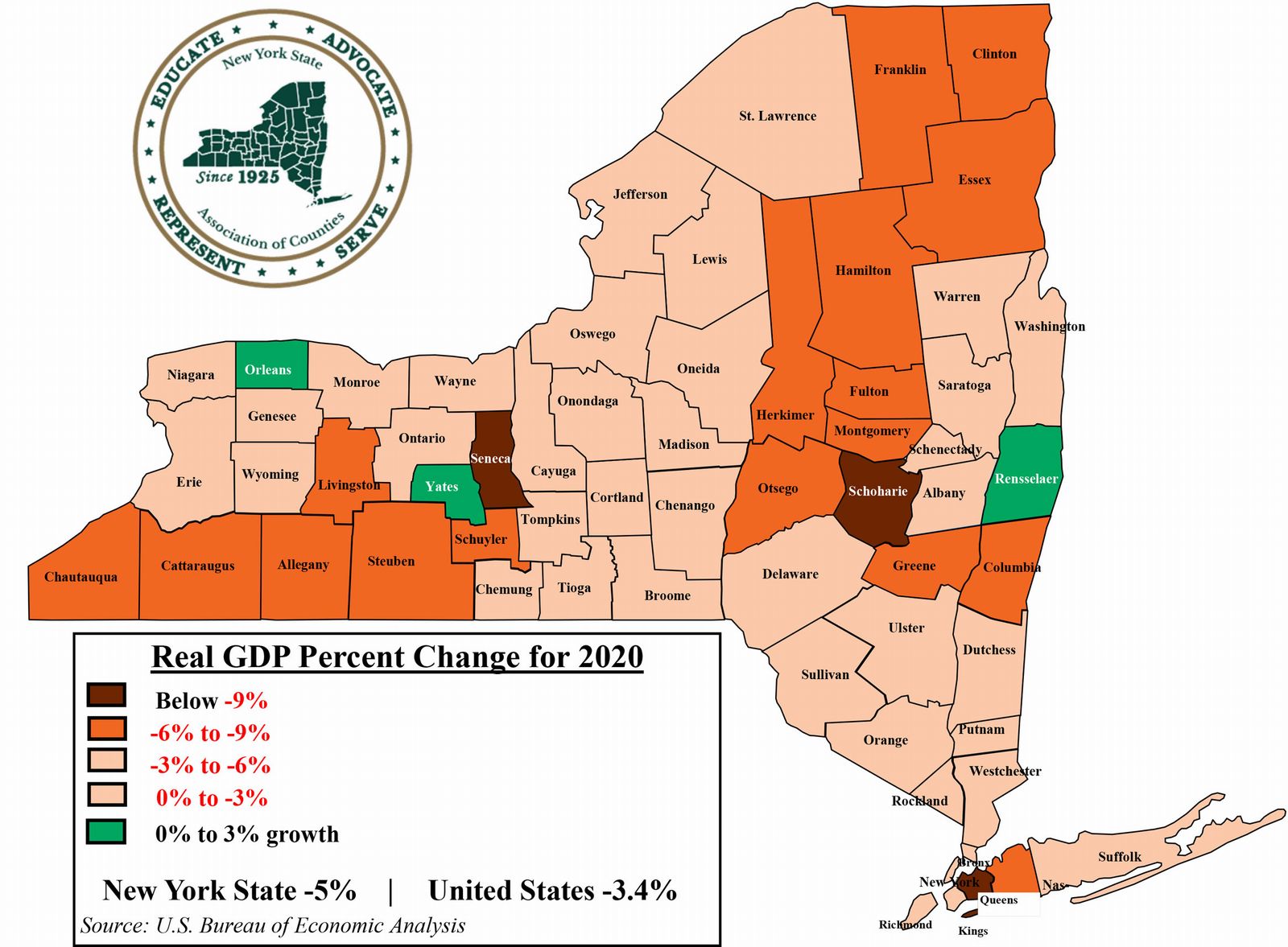 In general, across most New York counties GDP growth usually stemmed from the information; finance and insurance; utilities; and manufacturing sectors but this did vary by county. In most cases, but not universally, just about everything else was a drag on GDP with construction; wholesale and retail trade; transportation and warehousing; real estate; educational services, healthcare, social services; arts, entertainment, accommodation and food services; and government contributing to declines.

The National County Impact
According to BEA, real GDP increased in 864 counties (27.8%) and decreased in 2,234, with 14 unchanged. Other highlights include: