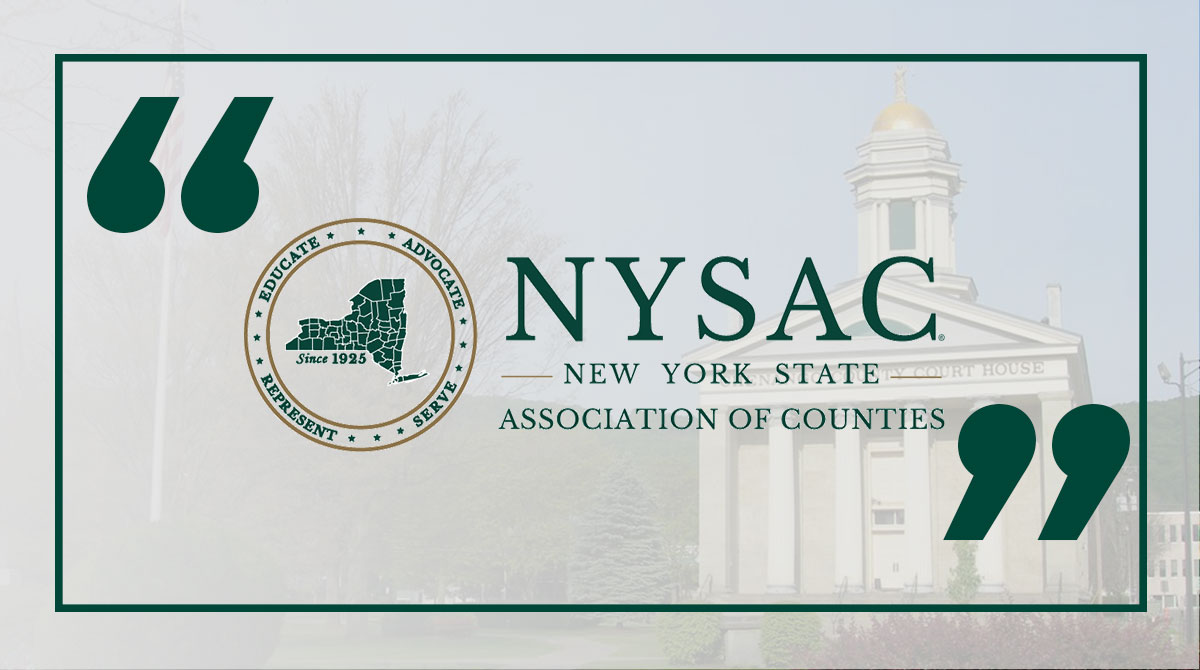 Marte Sauerbrey, NYSAC President and Tioga County Chair said, “Counties are very encouraged to see that the budget makes significant progress in restoring local control over local taxes by making sales tax rates permanent and ending the misguided practice of intercepting local sales tax to pay for the State's AIM program. Counties also applaud the inclusion of increased funding for local public health departments that have been on the front lines of the pandemic for nearly two years, as well as investments in local road and bridge programs, strengthening workforce development, expanding local veterans' programs, and modernizing the vacation rental industry in our communities – all while making a commitment to use the state's strong fiscal position to build reserves for the future.”


Marcus Molinaro, NYSCEA President and Dutchess County Executive said, “After one-sided top down governance from the state, counties began this year with an encouraging step toward creating a new partnership. The Governor's 2022-2023 budget proposal addresses long-sought county priorities like providing permanency in local sales taxes, ending the diversion of local taxes to pay for the State's AIM program, and making significant investments in public health, support for veterans and infrastructure. While there remain areas of concern, like the state continuing to to confiscate local sales tax to support a distressed health facilities fund, there is lots of common ground to build on and we look forward to engaging with the Governor and state lawmakers in the coming months create a budget that supports local governments and the residents we serve.”