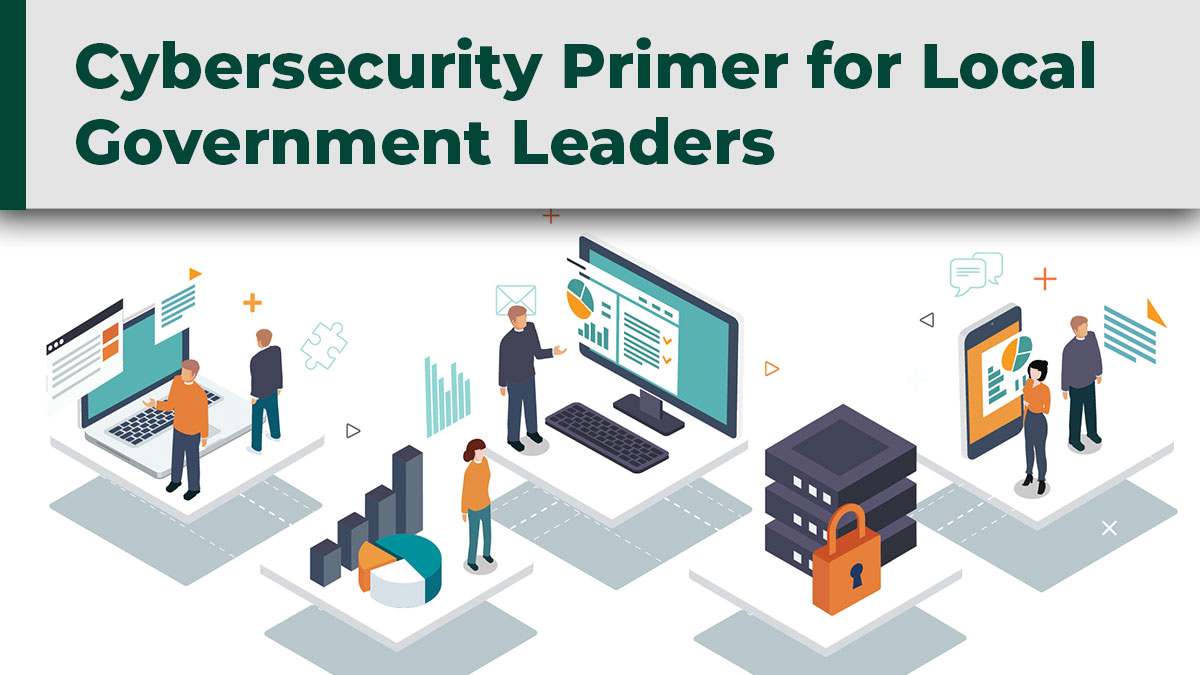 The three municipal associations in New York State this week released a Cybersecurity Primer for Local Leaders designed to raise awareness and understanding of cybersecurity, cyber preparedness, and the local government leader's role in cyber risk management and incident response. While most local governments are already working to protect against cyber-attacks, the Primer is another tool to help all local government employees, and their IT vendors, play a role in safeguarding their systems and data.

The New York State Association of Counties (NYSAC) worked with the Center for Technology in Government at the University at Albany, SUNY (CTG UAlbany) and an advisory panel of experts at the local and state levels to draft the Primer. The panel of experts was expanded to include the New York Conference of Mayors (NYCOM), the Association of Towns of the State of New York (AOT), and the New York Municipal Insurance Reciprocal (NYMIR), and the handbook was adapted for all local government leaders.

“Every day we are seeing cyber criminals launch more brazen, sophisticated and destructive attacks on local governments,” said NYSAC President Marte Sauerbrey, the Chairwoman of the Tioga County Legislature. “The Cyber Security Primer is another tool in the toolbox for local leaders that will provide practical information which will help them strengthen their defenses and respond decisively in the event of an attack.”

The Cybersecurity Primer for Local Government Leaders is written for non-technical local leaders who must play a role as part of their municipality's protection team. It presents industry accepted cybersecurity frameworks described in layman's terms and was created so that every official and local government employee, regardless of technical background, can work in a unified approach with their IT and security leaders.

“After two years of being on the front lines of the COVID-19 pandemic, the last thing local governments need is to face a cybersecurity breach that brings down their computer systems or holds data ransom,” said NYSAC Executive Director Stephen Acquario. “When cyber criminals target local governments, it can literally put lives at risk. We designed to this resource to give local leaders the tools they need to both prevent and respond to cyber-attacks if, and when, they occur.”

“Cyber breaches and ransoms may be few and far between, but we know that the hackers are out there trying to attack our systems. Our members need to adapt to this reality and work with their IT teams and consultants to protect and respond to these attacks when they happen,” said NYCOM Executive Director Peter Baynes.

“None of us are immune to a cyber attack, and officials at every level and size of local government need to be aware of the threats that are out there, and what they can start doing to manage risks to their computer systems, programs, and data,” said Gerry Geist, executive Director of the Association of Towns.

The Primer, which has also been adapted for all local government leaders, has basic information set forth in three sections:
Also included are three appendices including Cybersecurity Terms and Definitions, Cyber Resources by Organization, and a list of references and websites used to develop the primer.

NYSAC Deputy Director Mark LaVigne, a co-author of the Primer, described it as “a direct response to the needs expressed by NYS's county leaders as they sought to build their understanding and their colleague's understanding of the complex world of cybersecurity.”

LaVigne recently hosted an episode of NYSAC's “County Conversations” podcast which covered the genesis of the Primer, the steps involved in its development and why it's so important for local leaders of all technical skill levels to be versed in the basics of cybersecurity and cyber incident response. LaVigne was joined on the podcast by Primer contributors, Meghan Cook, Program Director for the Center for Technology in Government at the State University at Albany, Robert Corpora, Cortland County Administrator, and Glenn Marchi, Commissioner of the Dutchess County Office of Central & Information Services. Listen to the podcast here.