The Intercept: A History of Why Counties Get eFMAP and How They May Lose It 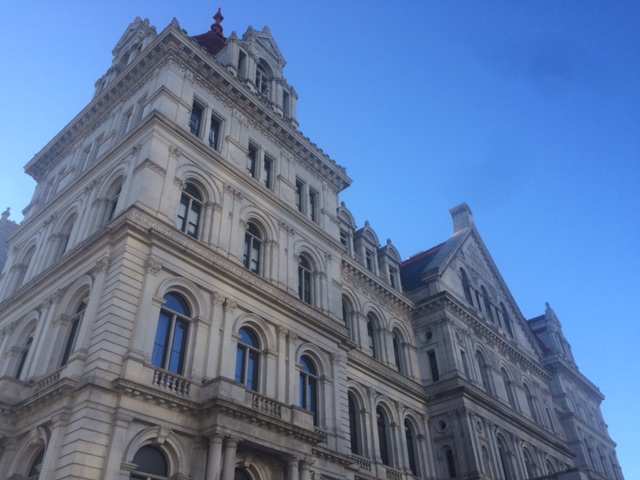 By Dave Lucas
Director of Finance and Intergovernmental Relations, NYSAC

Of the many stories to emerge since the State budget was first unveiled in January, perhaps the most significant and least understood is the story of how language in the State budget could undo a key source of local Medicaid funding from the Federal Affordable Care Act, and wind up costing local governments hundreds of millions of dollars.

The story begins in 2010 with the passage of the Affordable Care Act. One of the core components of the Act was the expansion of Medicaid. For many states, this would extend Medicaid benefits to hundreds of thousands of previously ineligible people.

However, the funding allocated for this expansion would represent a windfall benefit to these states and, in effect, reward them for having dragged their feet on providing robust Medicaid services to their residents. This would in effect penalize New York.

The New York Congressional delegation, led by Senator Charles Schumer, championed language to bring fairness to early adopter states like New York that funded and expanded Medicaid eligibility prior to the enactment of the Affordable Care Act. The solution came in the form of Enhanced Federal Medical Assistance Percentage or, eFMAP, that ensured that these states would benefit fiscally from the enhanced federal match provided under the ACA.

It was the intent of the New York delegation that each dollar of eFMAP savings be shared proportionately with counties based on the respective share of nonfederal matching funds they provided in the 2009 base year in support of the state Medicaid program. And state action post-implementation proves this.

But what does the Medicaid proposal in the state budget mean for Counties? It caps the amount of federal savings for counties and New York City from the Affordable Care Act and transfers them to the benefit of the state financial plan.

We project that the intercepted savings for all counties (including NYC) would be nearly $700 million on a full annual basis today.